All About John Dean II 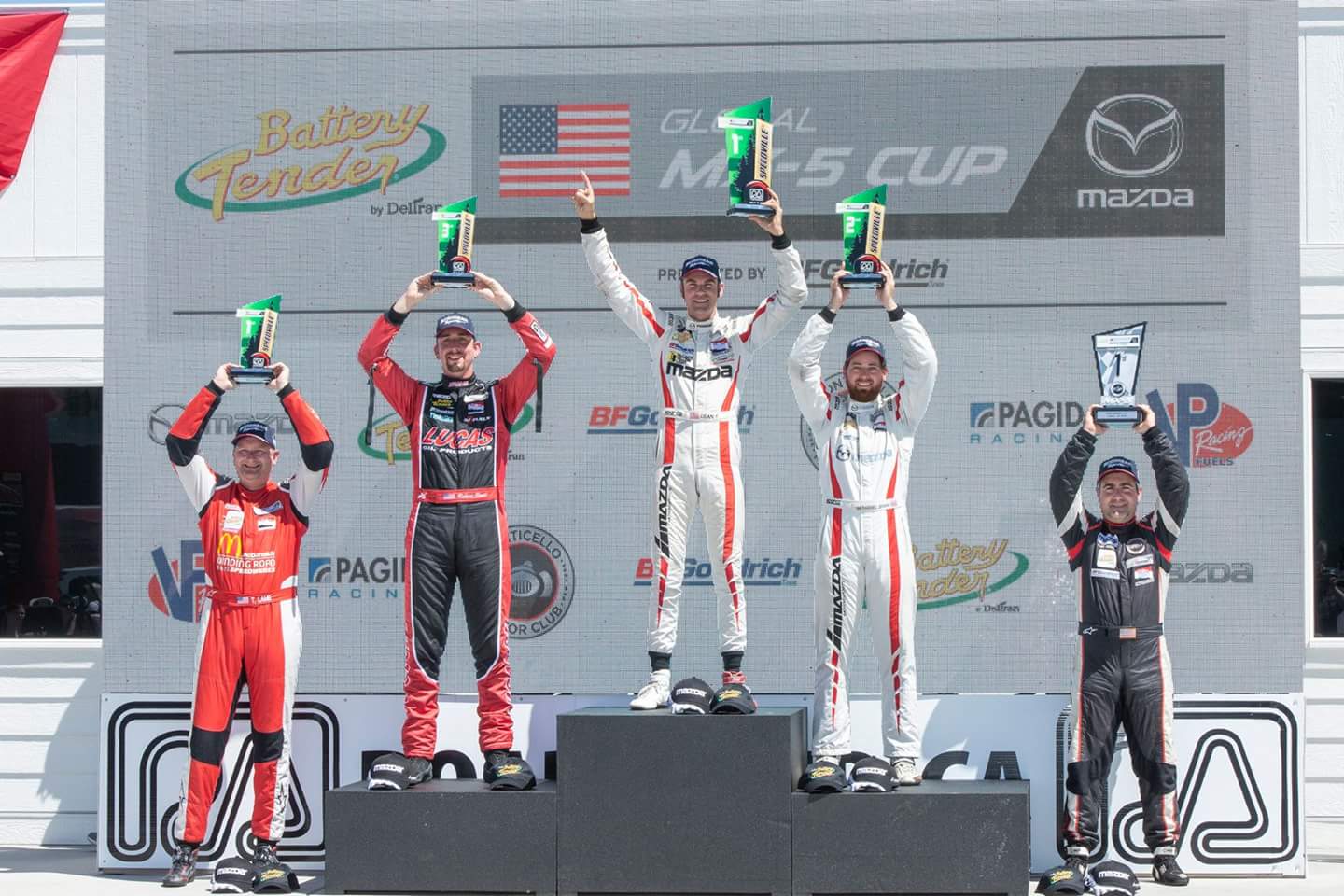 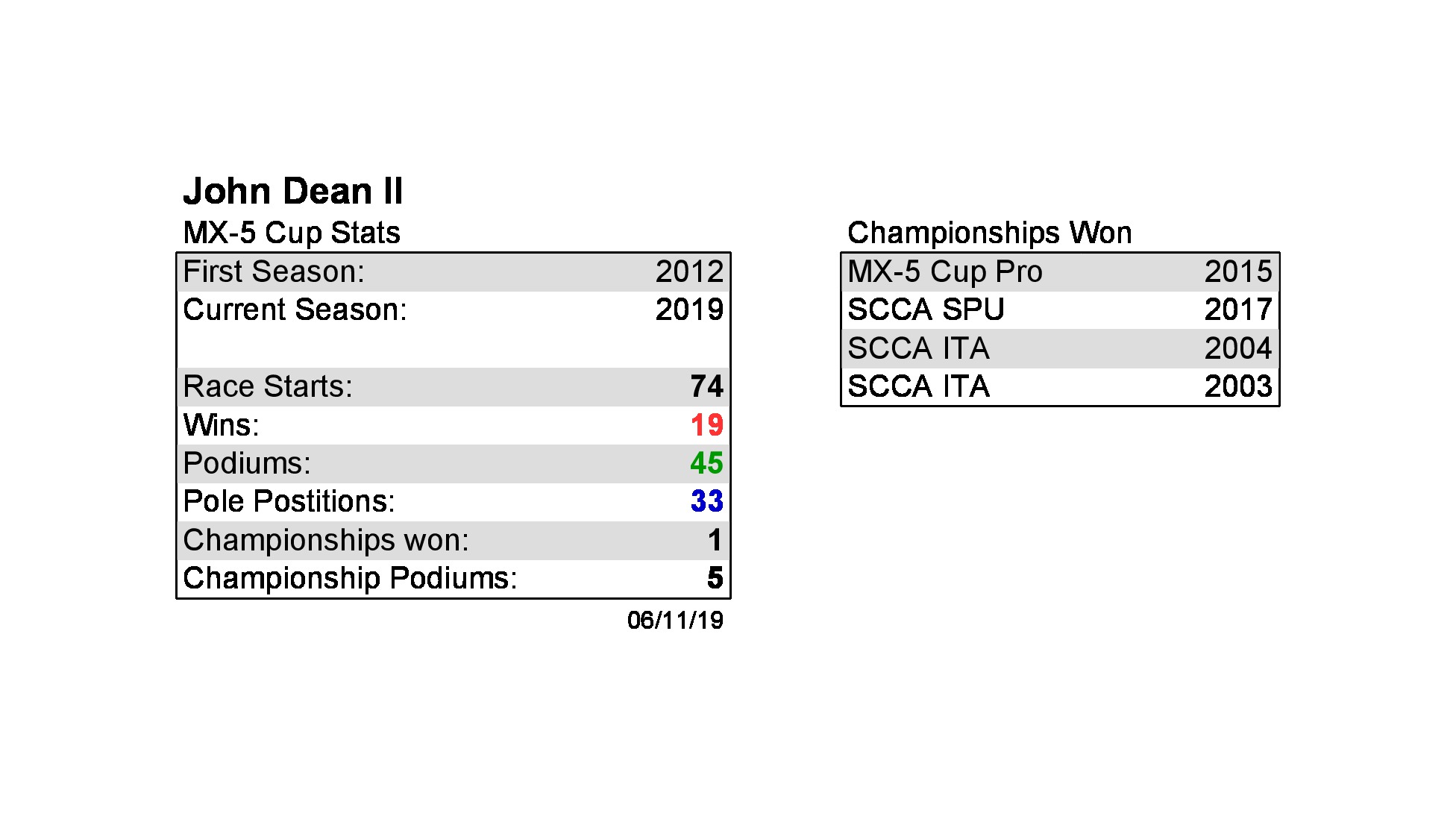 John’s racing career began at age 10 when he was introduced to go-kart racing.  1/5th mile dirt oval racing was the obvious choice for the budget his parents had to work with. It was at this age John said to his father (SCCA racer and 21 year long 12 hour of sebring announcer) “Dad, I love racing. I want to do this forever”.  John’s passion was to race sports cars like is father.

At age 16 his sports car career started.  His first car was a BMW 2002 that he raced in SCCA for 1 season before building a new car with his father a The Checkered Flag (his fathers auto repair shop I Sebring Florida). His new car was a BMW 325e in which he ran in the SCCA ITA class.  Racing against his father (a multi-championship winning driver) in a sister car they built together accelerated his learning curve.  John won 2 championships with that car before getting a job with Skip Barber Racing School and taking a break from spending money racing.

John worked for Skip Barber initially as a mechanic but quickly proved to be a great coach and driver and worked as both from 1999 till the creation of Sick Sideways in 2011. At Skip he honed his driving and drifting skills which ultimately let to the name “Sick Sideways”, a common term for John’s style of driving on and often a bit over the limit.

With a bit of luck and some borrowed money John was able to form Sick Sideways. Initially Sick Sideways was a developed to maintain a couple of lemons race cars and a couple of Honda s2000 track cars John had built to subsidize his coaching and driving services. This quickly changed as more and more drivers wanted Sick Sideways to house and maintain their race/track cars.

In 2012 John worked out a sponsorship deal with Projections Research to race in the Playboy MX-5 cup.  John nearly won his first season scoring the most wins of the season. John continued to knock on the door of winning the championship till he finally did in 2015.  This may have been the perfect time to win as Mazda was switching to the new ND chassis.  The championship purse was 2 new ND race cars and $100,000 to race again in the 2016 championship as the return champion.

John has become the most victorious driver in the history of the series.  He has the records for: The most wins, the most podiums, the most passes in one race, and the most pole positions ever scored by one driver. Also in doing so John’s Sick Sideways team owns the records for all the same, as well 2 time team of the year. John has built Sick Sideways into the most successful team in the history of the series.